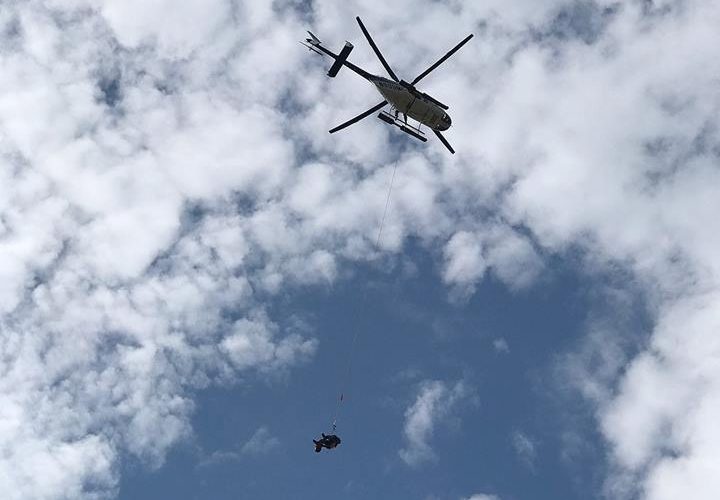 A hiker had to be rescued by helicopter from Maine’s Acadia National Park on Monday after a boulder weighing between 200 and 300 pounds fell on her leg.

According to BangorDailyNews.com, the 53-year-old woman from Boston was hiking on the Dorr Mountain Ladder Trail with companions shortly after 7 a.m. when a falling rock that weighed 200 or 300 pounds landed on her leg. She was above a ladder section of the trail and in steep terrain when the accident happened.

Park rangers and local paramedics responded to the injured hiker. Due to the steep terrain and severity of the injury, first responders called the Maine Forest Service for a helicopter rescue. While waiting, they moved the woman to a ledge so she could be more easily taken off the mountain, lowering her roughly 30 feet with a rope and a litter. From there, the forest service helicopter crew lifted her off the mountain. She was flown to a nearby ball field and taken by ambulance to a local hospital.

Onlooker described the rescue efforts as “scary and impressive.”

Read more about the rescue of an injured hiker in Acadia National Park.