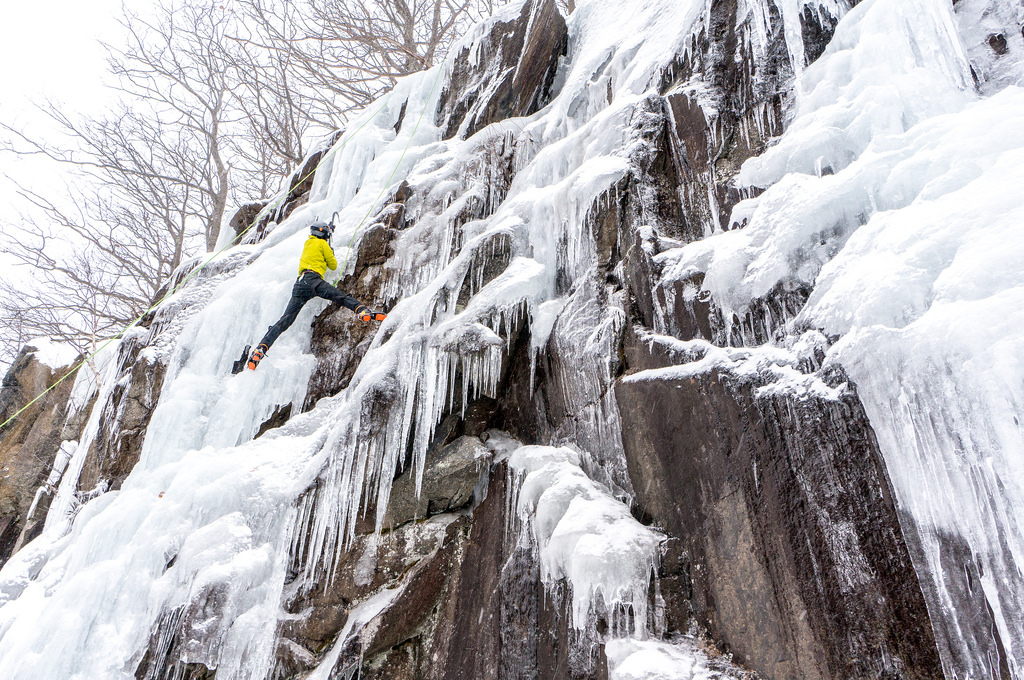 An ice climber was taken to the hospital Saturday after he fell nearly 30 feet on New Hampshire’s Frankenstein Cliffs.

According to New Hampshire Fish and Game officials, the climber – Kevin Garcia, 24, of Providence, Rhode Island – fell from near the top of a route named Pegasus. He fell until his rope stopped him.

Garcia reportedly lost consciousness. He regained consciousness shortly after and was lowered to the ground by other climbers. Emergency personnel responded to the scene, and Garcia was placed on a litter and carried to a parking lot, where he was taken by ambulance to a nearby hospital.

There was no information on Garcia’s condition.