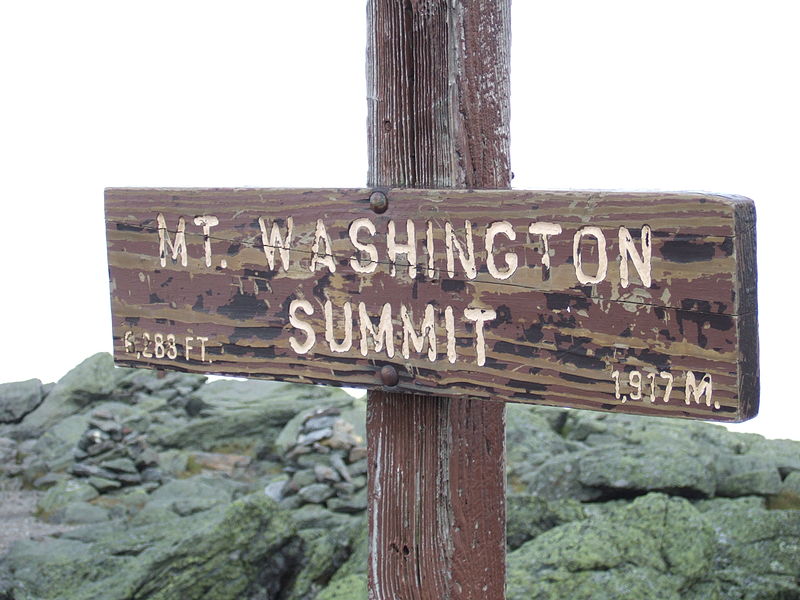 September 2, 2021
0 Comments
Two hikers who officials described as “ill-prepared” had to be rescued early yesterday mornig.
According to New Hampshire Fish and Game officials, on Tuesday August 31, at approximately 3:20 p.m., they received a 911 call for a lost hiker and her father near the Chandler Brook Trail on Mount Washington. The caller, identified as Megan Cousins, 43, of Cambridge, Maryland, stated that she and her father had gotten lost off trail while hiking when her GPS died and that she left her father to call for help since he was not doing well and she didn’t have service where they were.
A Conservation Officer from NH Fish and Game spoke with Cousins and was able to guide her back to the trail to get to the Auto Road, where she was picked up by a guided tour van and escorted down Mt. Washington.
Cousins explained that she and her father, identified as Philip Presby, 71, of Reading, Pennsylvania, had planned to hike the Mount Washington Auto Road, but upon learning that it is not open to foot traffic, decided to take another trail up Mount Washington. Cousins and Presby then started hiking from the Great Gulf Trailhead and started on the Wilderness Trail at approximately 9:30 Tuesday morning.
Presby and Cousins still wanted to hike towards the Auto Road, so they asked other hikers on the trail how to best get there, and they were told to follow the Chandler Brook Trail right to the road. The hiking party did so and, while hiking, Presby began to show signs of fatigue and fell multiple times. After getting lost off Chandler Brook Trail, and her GPS dying, paired with Presby’s deteriorating condition, Cousins decided to leave her father to call for help.
Later that evening, after getting Cousins off Mt. Washington, conservation officers and a member of the Mount Washington State Park staff left from the Chandler Brook and Great Gulf Trails, respectively, in an attempt to find Presby with the approximate location provided by Cousins. The decision to attempt to find Presby that evening was made due to the deteriorating weather on Mount Washington, Presby’s condition, and his lack of additional clothing, no headlamp, or supplies necessary for an overnight in the White Mountains.
To ensure a complete search of the point last seen, conservation officers drove up the Auto Road and hiked down the mountain from the Chandler Brook Trail to meet a Mount Washington State Park rescuer who hiked up the mountain on the Great Gulf Trail.
On Wednesday, September 1, at approximately 1:15 a.m., rescuers located Presby at the junction of Chandler Brook and Great Gulf Trails after Presby responded to the whistle blasts of the state park volunteer. He was very cold, tired and wet and the soles of his boots had fallen off. Fortunately, Presby was otherwise uninjured.
Rescuers began to slowly hike Presby down to the trailhead. Due to the pace at which Presby could hike, the decision to have him removed with a Fish and Game Rescue ATV was made. Another Conservation Officer who was at the base of Mt. Washington, brought the ATV up to the Osgood Trail and met Presby and the rescuers at 0515 hours. Presby was subsequently transported to an awaiting cruiser to be brought back to his vehicle and was removed from the mountain at around 6:00 a.m. and then reunited with his daughter.
Upon interview of both members of the hiking party, it was determined that both members of the party were ill-prepared to hike Mount Washington. Neither member had the necessary and minimum “10 Essentials” recommended for simple day hikes in the White Mountains. NH Fish and Game reminds people to always plan ahead for hikes and be mindful of one’s physical limitations before starting any trail; and as always, to bring the necessary “10 Essential” gear items while hiking in the White Mountains for your safety and the safety of others.