The communications tower atop Sugarloaf Mountain in Maine was blown over by powerful winds yesterday. (Trevor Dakers Photo)

Yesterday’s wind storm across the Northeast set records, caused significant damage and left many observers in awe of the powerful winds.

In Maine, winds exceeding 100 miles an hour knocked over a communications tower on top of Sugarloaf Mountain. 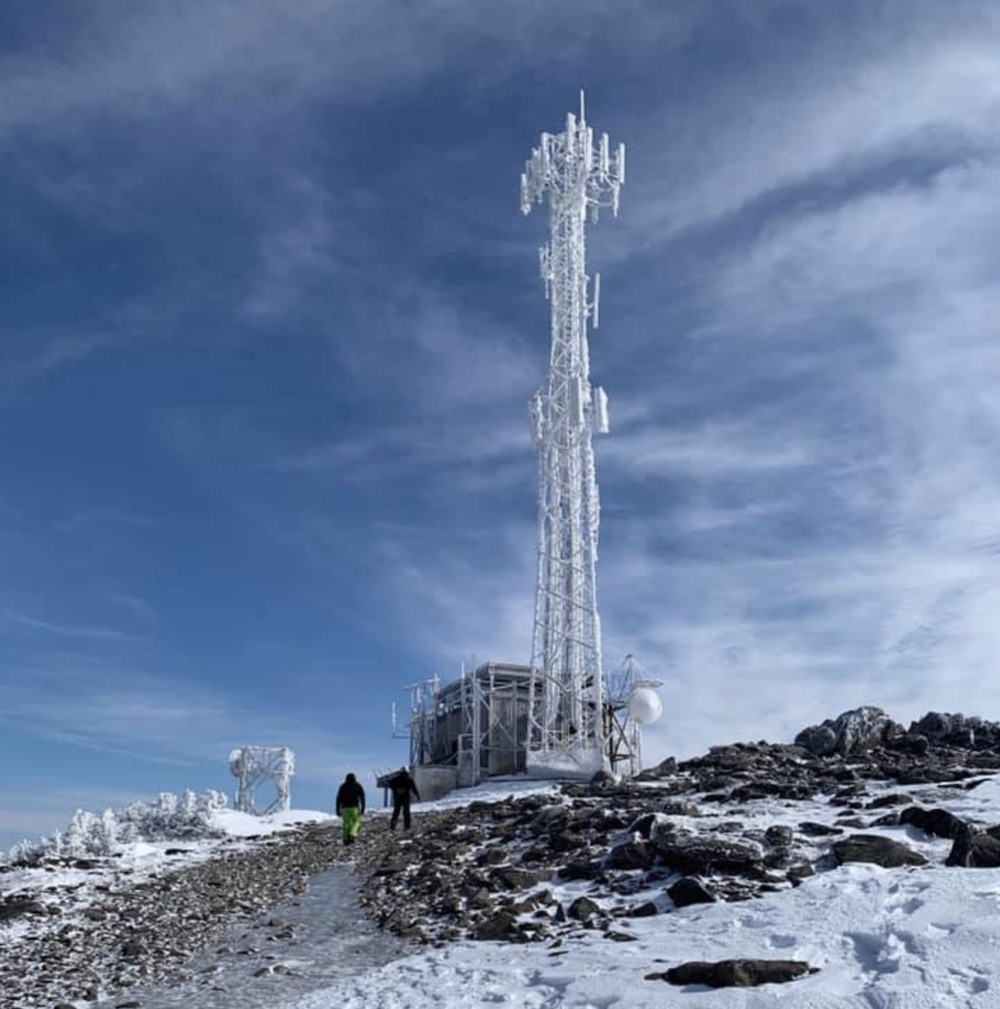 A recent photo of the communications tower atop Maine’s Sugarloaf before it was knocked over by powerful winds. (Pete Lyons Photo)

On Mount Washington, officials with the Mount Washington Observatory recorded a gust of 171 miles per hour, the equivalent of a Category 5 hurricane. The wind gust is a new all-time record for the mountain in February.

In New York, Whiteface Mountain had the highest recorded wind speed in the state at 107 miles per hour.