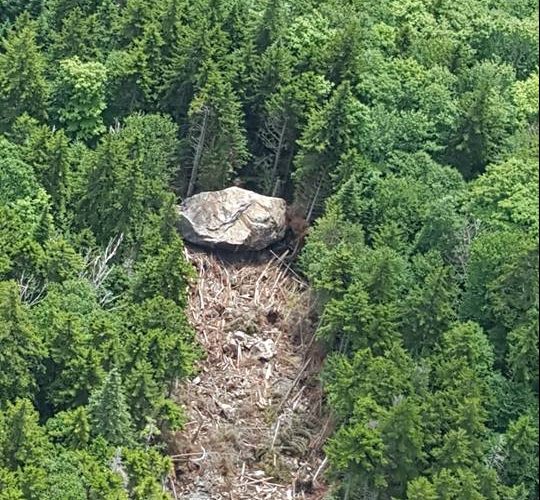 A massive boulder recently rolled down Elephant Mountain in Maine, taking down a large swath of tall trees along the way. [Maine Forest Rangers/Facebook Photo]

A massive boulder recently rolled down Elephant Mountain near Greenville, Maine, crushing large trees along its way and leaving an impressive scar roughly a quarter-mile long on the mountain.

Members of the Maine Forest Service discovered the building-sized boulder and its large path of destruction recently while they were investigating a lightening strike wildfire on the mountain.

According to a Facebook post by the Maine Department of Agriculture, Conservation and Forestry, the boulder fell from a cliff band on the mountain’s southern slope, in an area known as The Eye. It is reportedly in excess of 50 feet long and more than 30 feet tall. 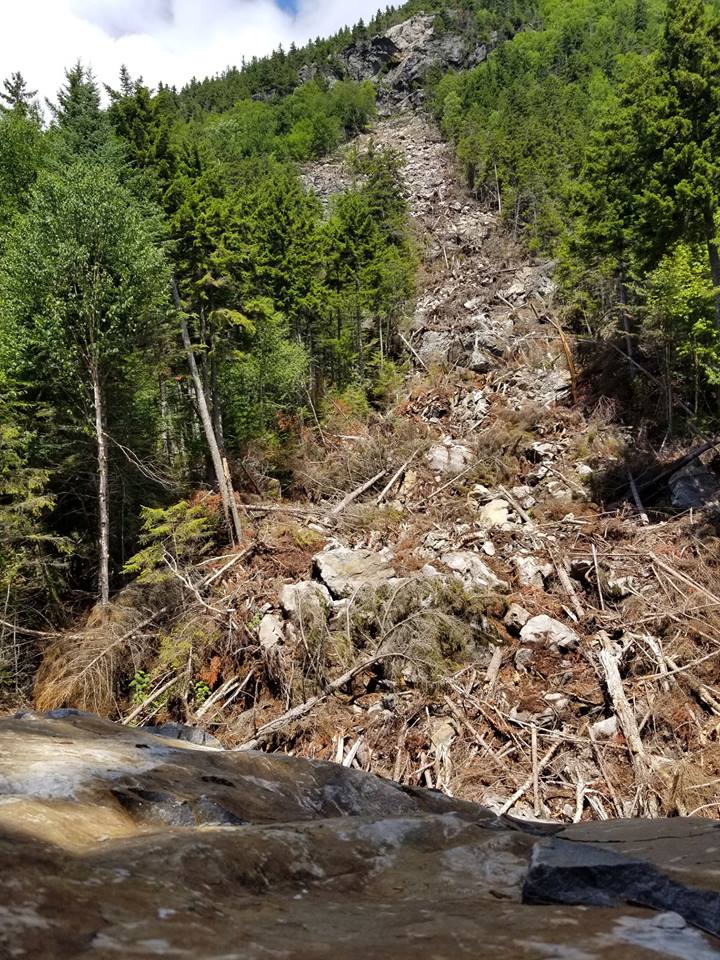 A view of the destruction caused by the falling boulder. [Maine Forest Rangers/Facebook Photo]

The huge boulder left a long trail of destruction before coming to a stop.[Maine Forest Rangers/Facebook Photo]

A look down the path created by the boulder. [Maine Department of Agriculture, Conservation and Forestry/Facebook Photo]