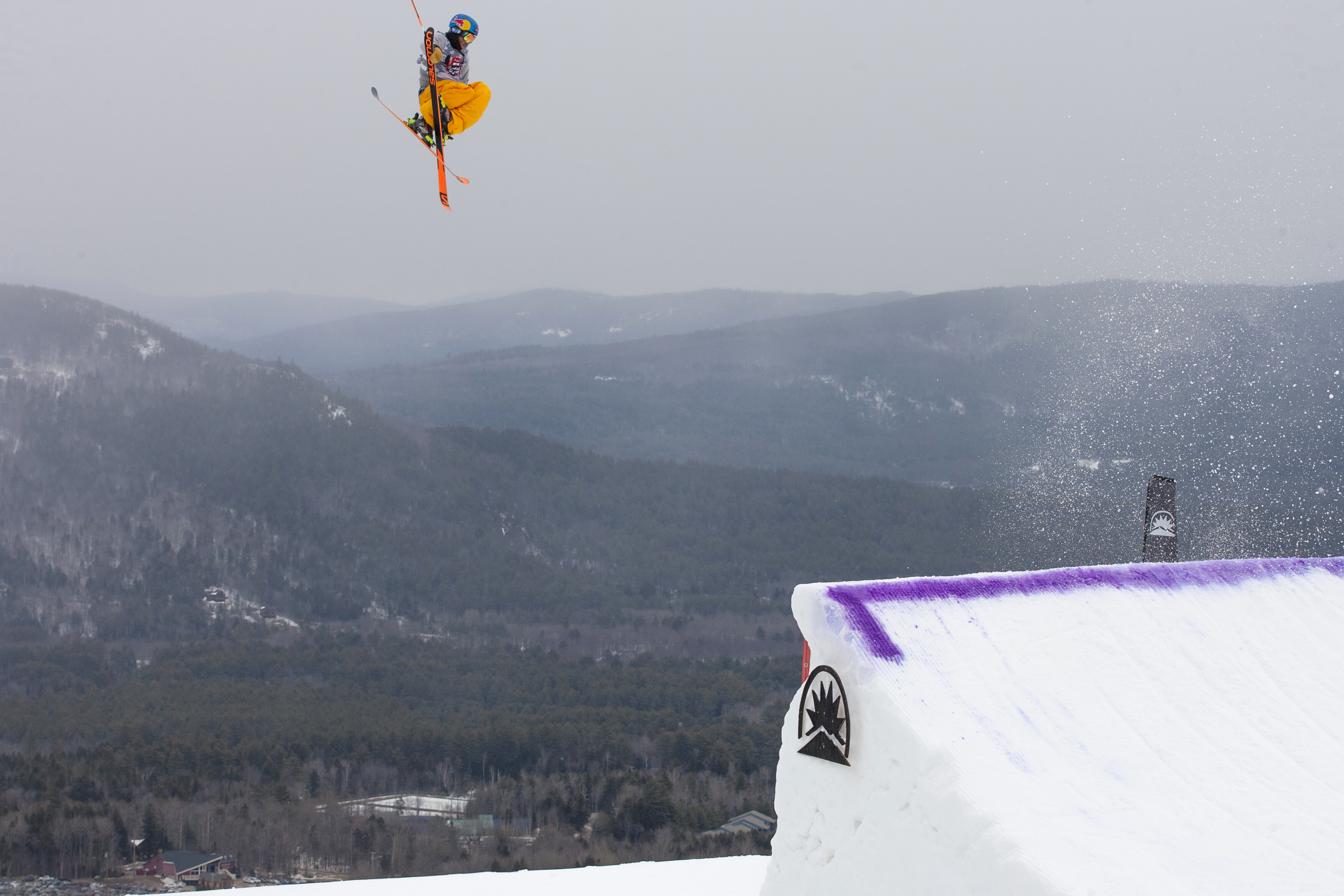 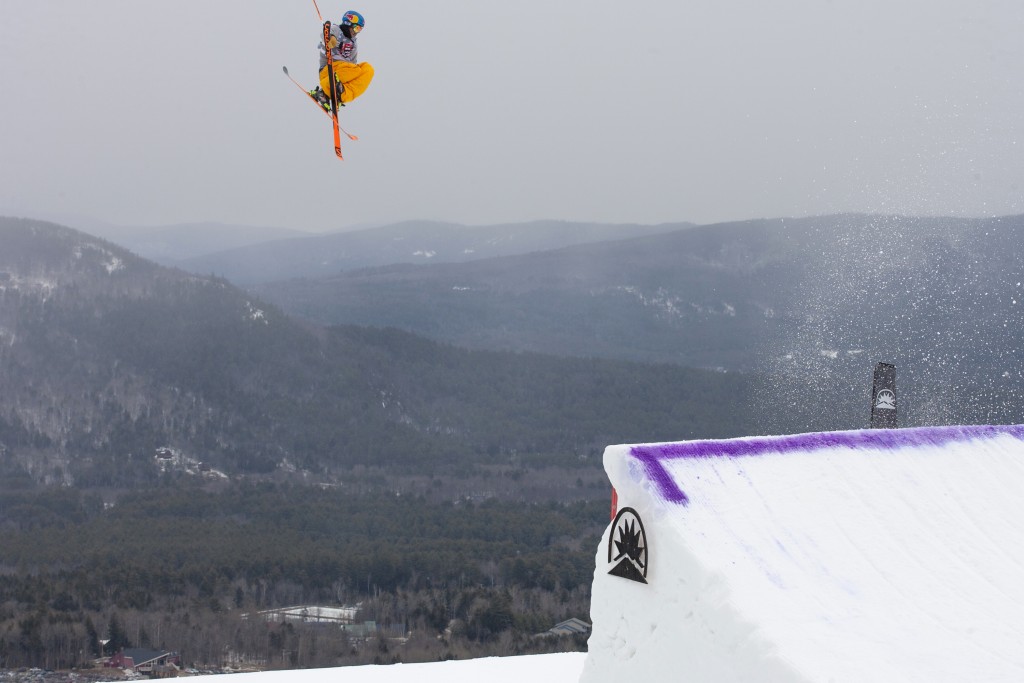 Brown, Harle, and Woods were part of a group of nine professional skiers and 74 amateur skiers who came to the slopes of Sunday River Resort to compete in the two-day Dumont Cup – the largest freeskiing event on the East Coast.