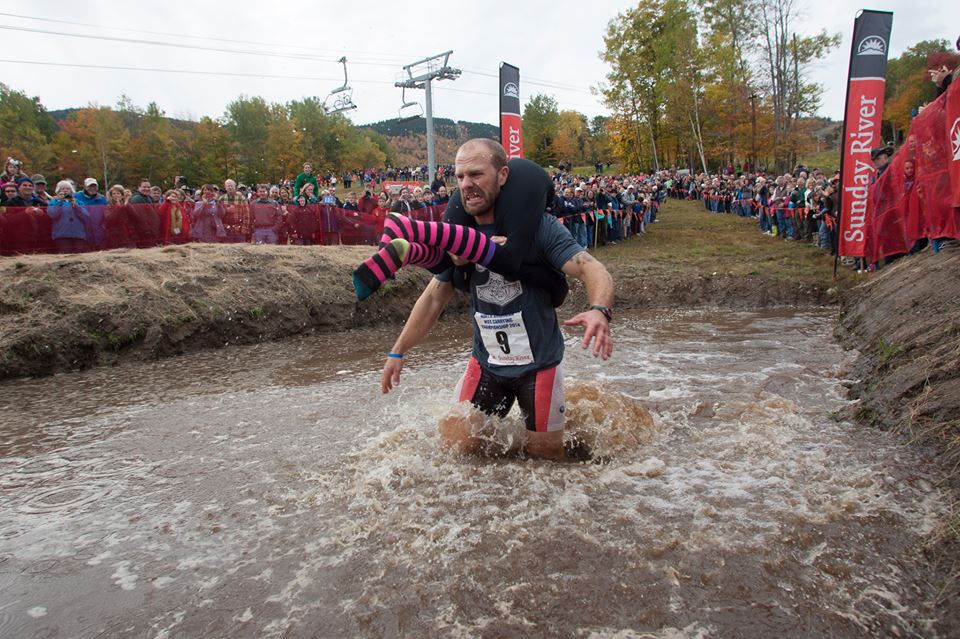 Cornhole and wife-carrying championships to be held at Sunday River

The weekend of October 8 and 9 is shaping up to be a huge couple of days at Maine’s Sunday River as the resort will be hosting its annual fall festival, which will include the North American Wife-Carrying Championship and the New England Cornhole Championship.

The festival will feature an arts and crafts fair, live music, a kids’ pumpkin pie eating contest, wagon rides and more. But the big attractions are the popular wife-carrying championship and the cornhole championship.

The North American Wife-Carrying Championship will kick off at 11 a.m. on Saturday, October 8. The competition draws thousands of spectators to the grass-covered slopes of Sunday River each fall and receives world-wide media attention as teams compete for fame, fortune, and a chance to compete at the World Championships in Finland the following summer.

The course at Sunday River is built to international specifications at 278 yards in length with two dry obstacles and one water obstacle.The race format varies slightly from the World Championship in that there is no minimum weight limit for the wife, and the winner is determined by a head-to-head final race rather than being determined only by the finishing time in the competitor’s initial round.

For the New England Cornhole Championship on October 9, 48 teams will take to the courts of Sunday River’s slopes to determine the victor of this American Cornhole Association sanctioned event. With heats starting at 10 a.m., the single-elimination tournament, based upon cancellation scoring, will offer up a $600 purse: 1st place – $300, 2nd place – $200, 3rd place – $100.