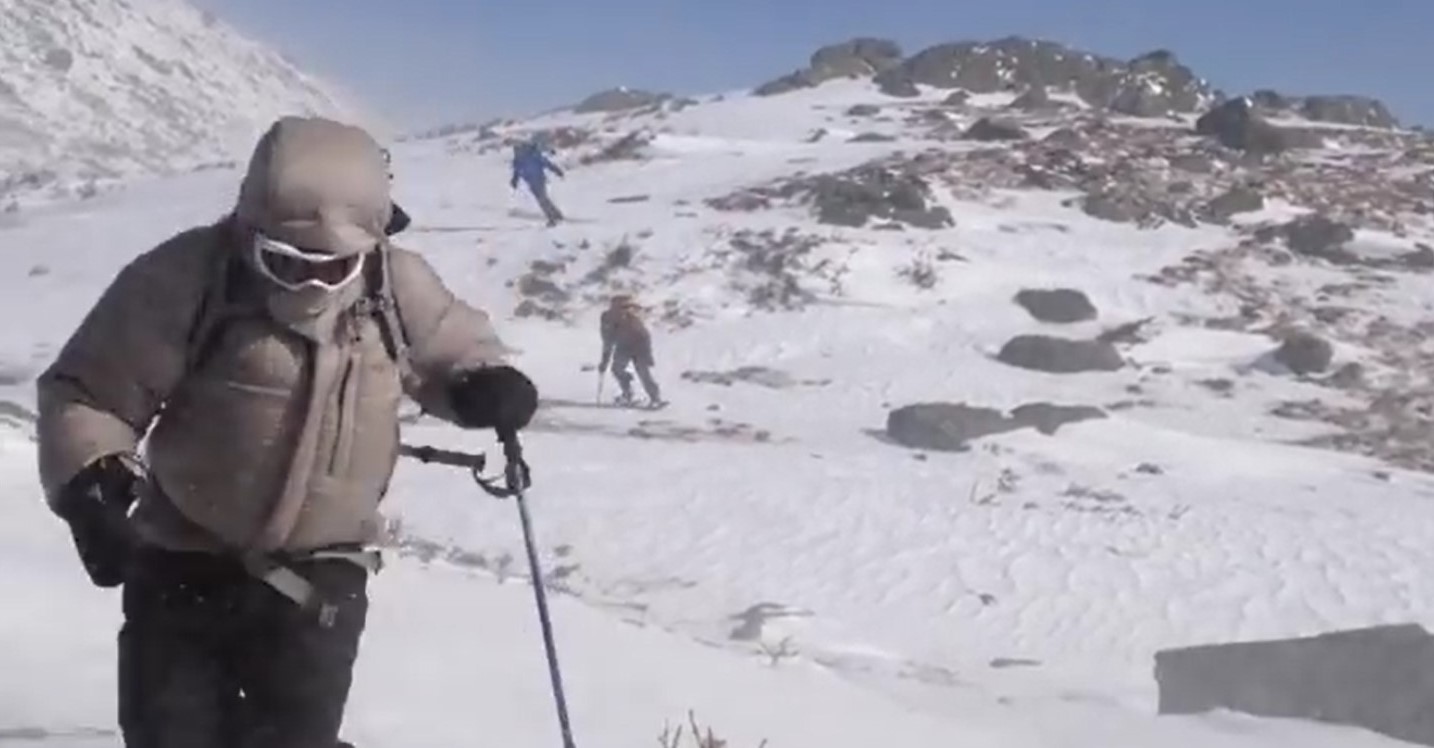 After rescuers recovered the body of hiker Kate Matrosova on Mount Adams last week, several gathered together to share deep feelings about the incident with one another. The death of Matrosova in extremely cold and windy conditions was terribly tragic. But, as people who love spending time in the White Mountains, perhaps what the rescuers found most unnerving about the incident was that in Matrosova – being trapped alone in the mountains, desperate, afraid – they could see themselves.

“It scares the hell out of all of us,” says Mike Cherim, a member of Androscoggin Valley Search and Rescue’s Above Treeline Winter Team.

Cherim was one of the rescuers who found and recovered Matrosova’s body last week. She had been hiking in the Presidential Range in some of the coldest, windiest conditions the region had seen in years. She activated a personal locator beacon on the night of Sunday, February 15. Rescuers found her body the following day.

We may never know what happened to Matrosova. Cherim said there may have been a fall. But he said he couldn’t give details about what they found, saying those would have to be provided by New Hampshire Fish and Game officials. (Fish and Game officials did not return phone calls about the incident.) A recent article in the Boston Globe suggested strong winds may have held Matrosova high up on Mount Adams and blown her off the trail.

Conditions were still brutal when Cherim and other rescuers gathered the morning of Monday, February 16 to resume search efforts that had to be called off due to unsafe conditions the night before. Cherim said they still had hopes for a rescue. IF she had a double-walled tent and IF she had an extremely warm sleeping bag and IF she did everything right, then maybe, just maybe. But chances were slim.

“The conditions were barely survivable even under the best circumstances,” said Cherim. “It was just brutal conditions.”

Conditions for rescuers that Monday weren’t much better. Cherim said it was sunny and beautiful. But temperatures were dangerously cold, and strong winds of up to 108 miles per hour forced rescuers to crawl at times, and at other times it knocked them around the mountain. “We were tossed around pretty good,” he said.

Cherim came away from the incident with first-degree frostbite on his cheeks, which he downplays, saying it’s no big deal and will be better in a few weeks.

While tragic, Cherim said he hopes the incident serves as a reminder to hikers that no matter how much experience you have, you should never be out alone in those conditions. He said he believes Matrosova did everything right – except for being out there. Cherim, who works as a mountain guide, says he’s been out guiding in the mountains and has made the decision to turn back on several occasions when things didn’t feel right. “One twisted ankle and we’re all screwed,” he said.

But, outside from being out there, Cherim said Matrosova seems to have done everything right. “She probably did everything just about the way that we would have,” said Cherim. “She acted smart. She acted with courage and conviction.”

All of which might make her death that much more unnerving for experienced climbers.

While they are asked to go out in dangerous conditions, one might think rescuers like Cherim would feel resentment toward Matrosova for going out in the first place. But Cherim says that’s not the case. While anything could happen at anytime, Cherim says when he’s out there he’s surrounded by about 10 other skilled rescuers. Also, he says, being out there in those circumstances is part of what he signed up for.