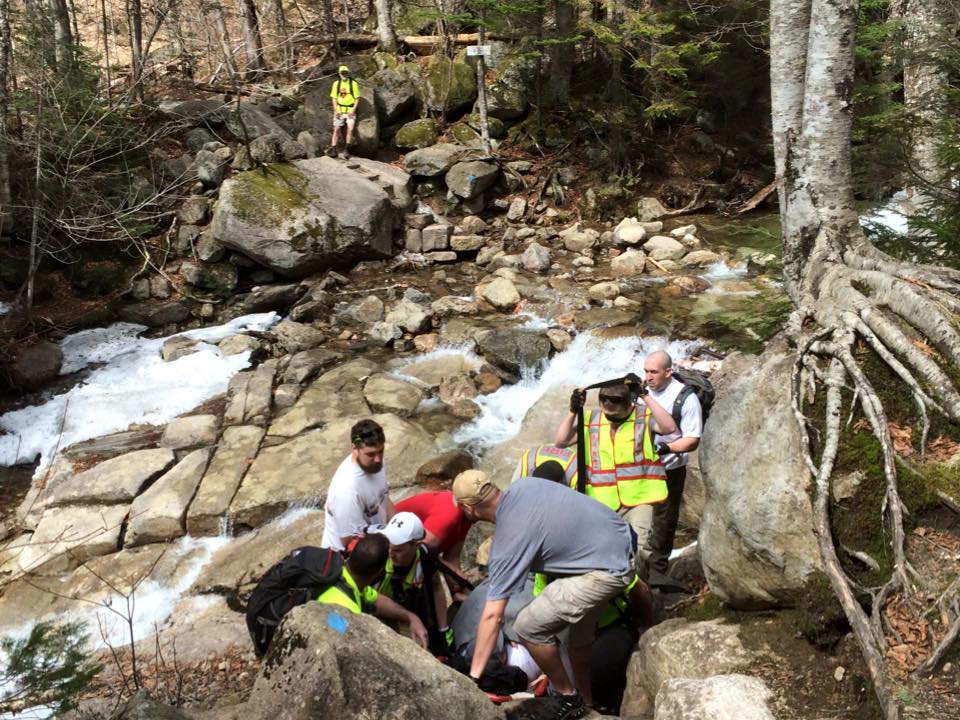 According to New Hampshire Fish and Game officials, Luis Serrano, 34, of Lowell, Massachusetts, was hiking down the Falling Waters Trail when he slipped on ice and suffered a leg injury.

A passing hiker called 911. Volunteers with the Pemigewasset Valley Search and Rescue Team responded to the hiker, as did New Hampshire Fish and Game officials and members of Lincoln Fire and Rescue.

Due in part to the icy conditions on the lower section of the Falling Waters Trail, rescuers opted to carry Serrano out on a private trail and road owned by the University of New Hampshire that was mostly ice and snow free. Serrano was taken by ambulance to a nearby hospital.

Fish and Game officials caution hikers that many trails still have snow and ice, and they advise hikers to take precautions.