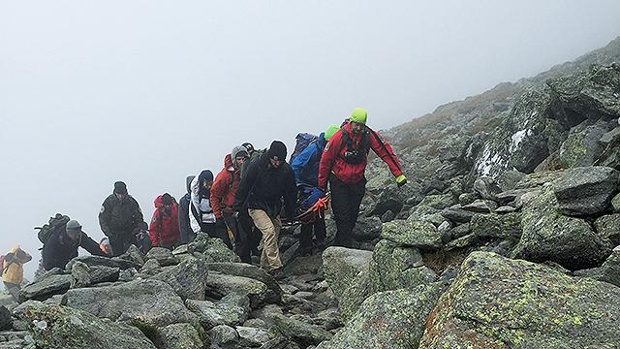 Rescuers endured powerful winds and frigid temperatures on New Hampshire’s Mount Washington on Tuesday and Wednesday to help a hiker who injured her ankle.

Personnel with the Appalachian Mountain Club hiked down to Maguire from the Lake of the Clouds hut. They secured her leg and helped her back to the hut. However, a medical helicopter was unable to reach the hut because of weather conditions. 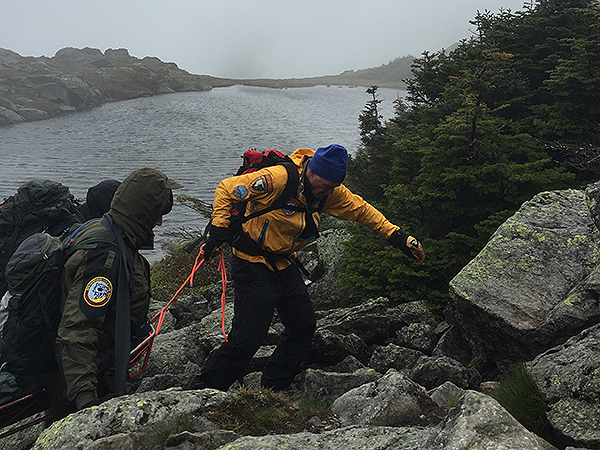 Maguire spent the night at the hut, but on Wednesday temperatures had dropped and winds had picked up to 60 miles per hour. A team of rescuers then hiked down to the hut from the top of the mountain. They carried Maguire on a litter back to the summit, and she was then taken by van down the Mount Washington Auto Road and to an ambulance.

Members of New Hampshire Fish and Game, the Appalachian Trail Club, Mount Washington State Park, the Mount Washington Observatory, and a class from SOLO Wilderness Medicine in Conway all assisted in the rescue.