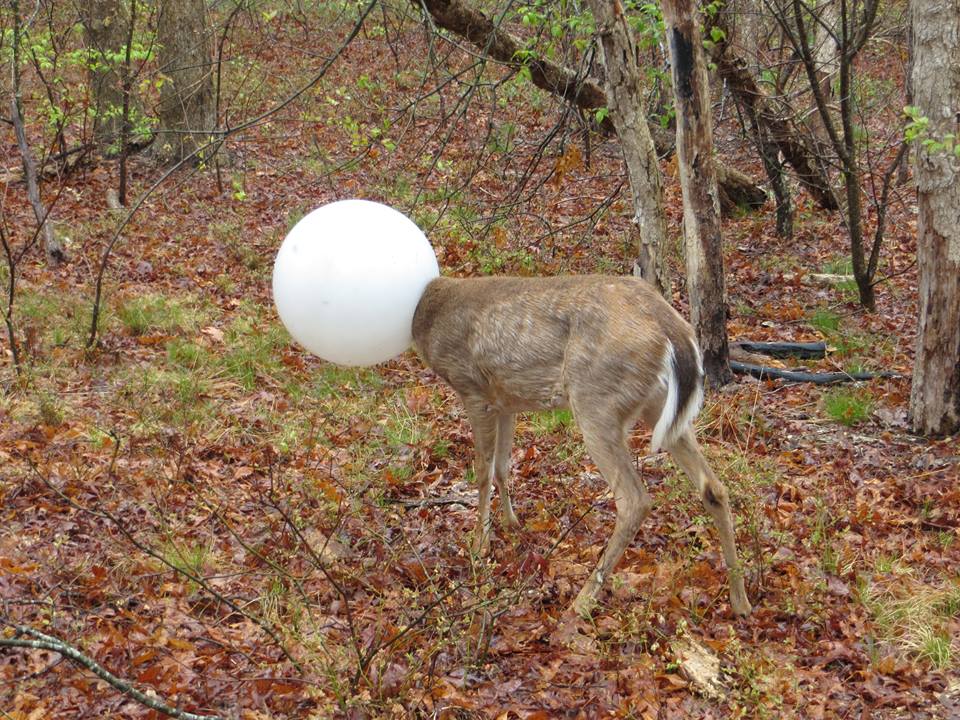 When you’re a conservation officer, there are days you respond to calls that are hard to believe. For New York Environmental Conservation Officer Jeff Hull, today was likely one of those days.

According to the New York Department of Environmental Conservation, this morning at 9:45 a.m., Hull received a call that a deer in Centereach, New York, had gotten its head stuck in a light globe. The deer had reportedly been laying in the woods since the previous evening.

Hull arrived on the scene and spotted the deer near a road in a housing development. He approached the deer, but while trying to free it, the wet globe slipped out of his hands and the deer ran into a nearby downed tree, causing it to fall.

On his second attempt, Hull flung his coat over the globe and bear hugged it with both arms as the deer kicked and struggled to break free. Hull suffered a few bruises for his efforts, but he was successful as the deer slipped out of the globe and ran off into the woods.